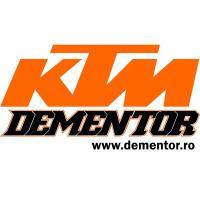 ktm Interview of the Month: The ideal ambassador – McWilliams and his KTM role